it seems our love for gazelle twin is only going to be further enhanced this year as Elizabeth Bernholz has turned in a blinder with 'Anti Body'.

it ramps up the stripped back, industrial-form first glimpsed in 'Belly of The Beast'; here, deadpan vocals hammer out anxious sentiment over machine-drums & broken Moog arpeggios, (courtesy of Benge), “like suicide meets NIN but really feminine & modern" according to Claire Boucher aka Grimes (via tumblr) who heard the demo in 2013. B-side, 'Phobia', is starker still, recalling the vast inner-landscapes of 'The Entire City', but with a gentle claustrophobia. Exploring the dark drama at play, Wrangler contribute an ultraminimal, techno reworking, with shocks of dungeon-esque vocals by ex Cabaret Voltaire frontman, Stephen Mallinder. The Goblin soundtrack-inspired, I Speak Machine (aka Tara Busch) flies offworld with her offering; soaring in an arrestingly creepy major key, with lead vocals slowed right down to an uneasy stammer. fans of grimes, fka twigs or the knife/fever ray will undoubtedly be revelling in these dark, minimal, deeply atmospheric compositions. 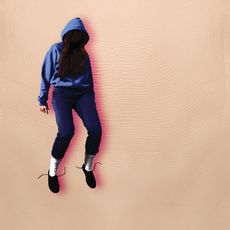