'Loor' (which is Cornish for moon) represents the next ambitious transmission in the expanding audio landscape that Kemper Norton creates. This limited edition of 'Loor' comes with a 2nd disc entitled ‘Salvaged’ – a collection of rarities from the Kemper Norton archives available on CD for the first time. The songs on 'Loor' are a loose trilogy of nocturnal encounters, searches & awakenings, often with Kemper Norton revisiting old foes from previous albums & encouraging new treacherous encounters. “Kemper’s music is utterly unique. If that sounds fanciful in an age when some would have us believe the well has run dry… just listen. And believe” - Joseph Stannard (The Wire). 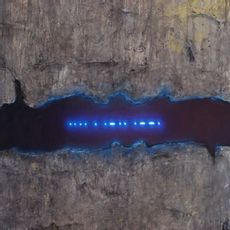