The album starts off with a headlong rush into the hypnotic “Mr. Franklin”. Gunn’s fluid playing style, especially as portrayed within this track, provides ample space for the development of infectious musical themes. The track ends in a dextrous duel between Gunn’s guitar and guest Marc Orleans’ (of D. Charles Speer & the Helix, Sunburned Hand of the Man) vicious pedal steel. The album mixes Gunn’s long-form blues / raga / psych explorations alongside briefer cuts that equally display his songcraft. These tracks, such as “Variation II” and “Jadin’s Dream,” demonstrate that Gunn is equally confident with shorter or longer compositions. Gunn’s voice is joined by an ethereal turn from the Vanishing Voice’s Heidi Diehl on the album’s central and haunting “House of Knowledge.” The track opens with a building central guitar theme. This theme allows Gunn to layer on further guitar explorations. The tone set by these musical themes builds into the duo’s vocal delivery that delivers volumes despite being uttered in gentle tones. Other highlights include “Cryin’ Eyes,” an inspired reworking of J.J. Cale’s “Crying Eyes” featuring backing instrumentation from Marc Orleans, and the richly textured album finale “Mustapha’s Exit.” 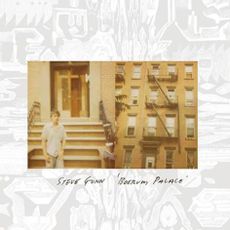