‘Dynamo’ is the second single from the “Playland” album and is produced by Johnny Marr and his regular collaborator Doviak.

Includes exclusive non-album B-side. "It's one of my favourite riffs that I've ever written," he says. "The verses are similar to that early 80s angular sound but then it turns into something like a post-punk Beach Boys." Inspired by the sight of an architecturally stunning building that Marr saw while on tour in Harlem as well as by London's Gherkin which overlooked the studio for some of the album's recording, 'Dynamo' is a love song for a building which features phrases informed by Le Corbusier and acts as a metaphor for a more personal relationship. 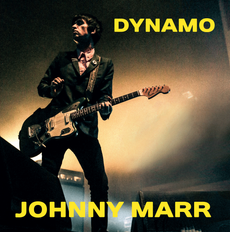