White Men Are Black Men Too


the seemingly reluctant 2014 mercury prize winners are not only brilliantly inventive but, it seems, they are also impressively prolific as they return with their sophomore just over a year after their attention grabbing debut.

often straying from their hip hop roots, they remain uncompromisingly leftfield to reveal an outfit that sound like a too-good-to-be-true musical meeting between early tv on the radio & shabazz palaces. this is an outfit with no boundaries, breaking all the rules & sticking 2 fingers up to the industry that loves to pigeon-hole for the purposes of marketing. this is a record that grates & clatters, is noisy but with an ear for pop, & that challenges whilst nurturing your ears. it deserves to be experienced in the darkest most claustrophobic club, through the loudest, most rumbling speakers. outstanding!

natasha recommends: i was obsessed with "dead" so to have my mind blown again by this lot was quite a surprise. uncompromising, boundary smashing, alt-rock-hip hop.

tom recommends: a superb follow up to their critically acclaimed debut. i think this album has had more plays in store than anything else this year. 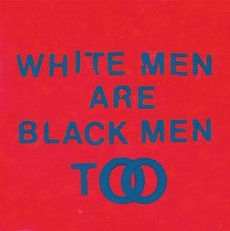