Though still built on a foundation of post-post-punk energy, jagged rhythms & instrumental moves that couldn’t be anyone else’s, the new songs from these 4 friends are equal parts street-level takedown & grey-skied melancholy.

They embody the sensation of being caught in the centre of a moment while floating directly above it; julia Shapiro’s world spins around her on “On The Floor,” grounded by gretchen Grimm & annie Truscott’s most commanding playing committed to tape. They pay tribute to writer Sheila Heti on “Drone” & John Carpenter with “The Thing,” & deliver a parallel-universe stoner anthem influenced by Electrelane with “Joke.” 'Time to Go Home' sees Chastity Belt take the nights out & bad parties of their past to their stretching points, watch the world around them break apart in anticipatory haze & rebuild it in their own image with stunning clarity before anyone gets hung over. for fans of colleen green, wavves, or best coast. 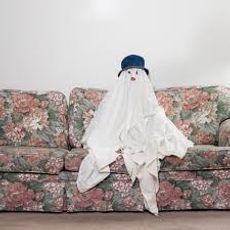