The Powers That B


Do Death Grips really exist anymore? Only they know.

But what we do know for sure is that the controversial  Sacramento crew still release records when you least expect them that sound like righteous fury personified. ‘the powers that be’ is a double album comprising two sets previously released online. ‘niggas on the moon’ sees Ride spitting over Bjork vocal samples triggered by drummer Zach Hill. ‘jenny death’ features guitar and organ from Nick Reinhardt of tera melos and Hill’s old friend Julian Imsdahl respectively. Together, the two albums make for a typically uncompromising, abrasive, envelope-pushing whole whereby the angrier strains of rap and industrial music join forces and tilt at the windmills of American power and consumer complacency. Challenging, in all the very best senses of the word. 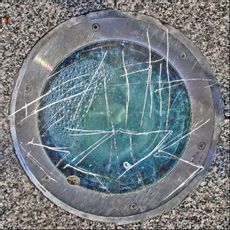