The xx producer’s joyous solo debut is the kind of album only a DJ could make; a look back at the last two decades of UK club music while consistently pushing things forward.

This ode to clubbing wears its influences on its sleeve; sampled voices from the streets of London & pirate radio stations bookend tracks that could have come from any of the varied clubnights Jamie xx has not only attended as a punter for so many years but the ones he now DJs at alongside his friends Four Tet, Caribou & John Talabot. Offshoots of the ‘dance’ genre come & go but the record never feels disjointed. Instead it puts you in the shoes of someone wandering through a crowded club or a rave in a field, different sounds capturing your attention & imagination. As his xx bandmate Romy puts it on one track; ‘In Colour’ will “take you to loud places”. Let it. “The xx on ecstasy.”- 8/10 Uncut, “It fizzes with that ‘Friday night & I just got out of work’ energy.”  - 4/5 MOJO

tom recommends: my favourite album of the year - an eclectic trip through the history of clubbing in london (through jamie xx's eyes, anyway). every track's amazing and his lyrics reveal a quiet melancholy behind the bright lights.

christian recommends: nailing the quiet sadness at the heart of a night out the xx man’s solo debut is a masterwork of neon understatement, as in thrall to the shadows as the bright club lights that throw them. 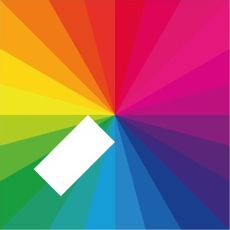