an album that flaunts all of the trademarks that have made Younge an in-demand name as a composer and sample source-point.

His work oozes raw, analogue soul and the primal sonic edge of psychedelic rock, sitting nicely alongside Ennio Morricone’s best soundtrack work; Pink Floyd’s early catalogue and Parliament’s 'Osmium'. Younge’s songwriting is what truly makes this album unique and keeps ears engaged. While many of his tunes are initially vamp-driven, there are changes and aural twists that lurk around every corner, as evidenced on stand-out cuts including: The intense, deep groove and stripped-down vocals of “Turn Down The Sound” [sampled for Common’s “Out On Bond”]. The turns of both tension and beauty on “Reverie” (with all TWELVE instruments per formed by Younge) [sampled on Jay-Z’s “Heaven,” with Justin Timberlake]. The gorgeous, cinematic ballads “First Step On The Moon” and “Two Hearts Combine”. The breakbeat fiesta of “Sirens” [used by Jay-Z for “Picasso Baby”. The new millennial soul/doo-wop of “Lovely Lady,” complete with lead guitar by funky soul legend Dennis Coffey. 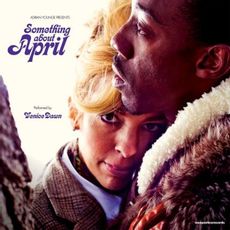