Long-awaited vinyl reissue of the 1999 debut from Kathleen hanna’s post-bikini kill project. It’s a stunning record; an album that invents day-glo riot grrl- pop and has probably looked on aghast as so few in the ensuing 16 years have taken up the challenge. The first three tracks are among the best triple-whammy openers in alt-pop, while the entire album’s sass, wit, polemic and pop sensibility provides the missing link between tom tom club and peaches.  “the best new wave album not to come from the 1980s.” 4/5 – allmusic. 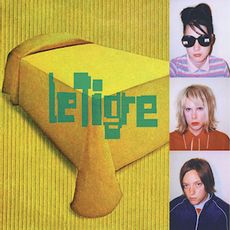