still the anarcho punks they've established themselves as, But for their boundary-smashing debut lp, they’ve incorporated everything from acoustic guitars to proto-punk psych excursions, even stretching their songs out to Krautrock lengths.

Politically speaking, not much has changed about the way Austin’s Institute exists as a band since signing to Sacred Bones. Having members in Glue, Wiccans, and Back to Back, all fellow stalwarts of the Texas punk scene, helps streamline the approach for them, as all of their bands operate from the same basic ethos (i.e. operating outside of the normal cycle of PRs, agents, social networking and self-promotion). In fact, singer Moses Brown has said they’re only comfortable being on Sacred Bones because he considers the label “a punk label on steroids.” (A note from the label—“Drugs, yes. Steroids, usually no.”). new sonic astral space explorations. 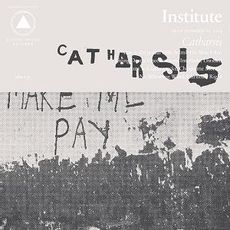