the Nashville quartet's grunge-rock sensibilities mean they are often compared to 90's mainstays like hole & the breeders but we think you're gonna love this record if you're a fan of waxahatchee, colleen green, best coast or courtney barnett.

bully's debut album was recorded at Steve Albini's Electrical Audio studio, where frontwoman Alicia Bognanno used to intern & it was engineered by alicia herself (whose powerhouse screech up front adds the the urgency of their sound). the ten tracks cover break ups, missed period’s, puking in cars & most experiences quintessential to one’s youth. “witty lyrics & tight punk rock production...Bognanno’s voice is Bully’s power centre, erupting from melodic drawl into a terrifying snarl..an album that revels in the simplicity of a great pop song while cleverly articulating the everyday truths of 20-something life" 8/10 - nme. 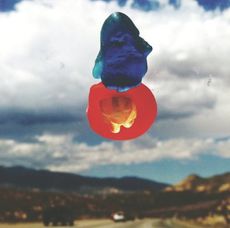