a wonderful psych-pop record from the former pipette inspired by an obscure 1970s welsh language sci-fi novel - motorik beats and kosmische grooves overlaid with socialist manifesto lyrics sang almost entirely in welsh (the only exception being one sang in cornish).

the electro-psych/folk/pop is boards of canada or broadcast good, but all overlaid with saunders' personally political lyrics. and though you may need a translator if welsh isn't a language you speak, the meaning behind songs like 'patriarchaeth' should be clear. for fans of toy, jane weaver and h hawkline. "seldom is the personal married to the political in such an enchanting fashion" - 8/10 uncut 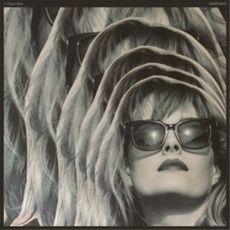