Emptyset present a live recording of their performance project 'Signal', which explores the effects of atmospheric propagation and transmitted sound.

Developed between Bristol and Berlin over the course of 2014, the performance took place in Berlin on February 1st 2015. The project worked with long distance high frequency radio transmission in order to bounce audio composed of sine wave structures across the atmosphere, in a process that ornamented and shaped the signal in accordance with physical fluctuations in the ionosphere, atmospheric noise and solar radiation patterns. The signal path for the performance transmitted the audio across a real-time 2000km circuit, routed from Berlin to Nauen 40k west of the city, where it was transmitted from the oldest operational transmission station in the world, received by the 1950's French radio base Émetteur d'Issoudun and from there retransmitted and received at the performance space in Berlin. The multiple atmospheric bounces imprinted into the audio introduced complex transformations of sound. 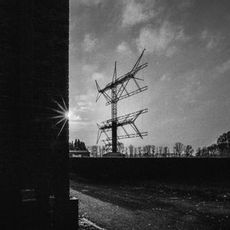