"this album feels visceral & downright volatile. It plays like the soundtrack to Williams losing his mind, its sunny exterior clouded by constant declarations of hopelessness & flat-out cries for help....the hooks haven’t abandoned Williams in his time of stress. If anything, his melodies are as muscular as they’ve ever been. With 'V', Williams reasserts his status as one of pop punk’s preeminent songwriters, even if this version of pop punk has more in common with Black Flag on 'Nervous Breakdown' than with Blink-182...a self-assured record penned by a songwriter who’s anything but sure of himself & that dynamic shines right through the curtain of fuzz" - consequence of sound. 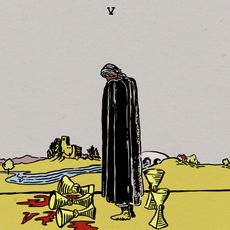