sun drenched lo fi garage rock in the vein of alex g or mac de marco with a distinct, ‘monomania’ era deerhunter edge to them.

astonishingly, this is will Toledo’s 12th album, all since 2010, and while his previous efforts have been fun but perhaps less developed, this feels like he’s landed with his first thought out and well rounded effort. a really fantastic achievement. "The new recordings retain their rough edge, but there's luminescence in the production—the percussion is crisper, the guitars are brighter, and Toledo's singing is a lot more pronounced. The effect is an album that's bookish, but not sedentary." - 8.1 pitchfork 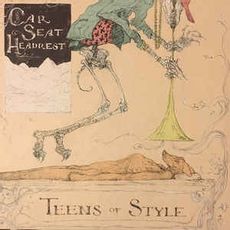