The Revolutionaries were the house band of Channel 1 studios, and their style defined the sound of reggae in the second half of the 1970's.

The band was a who's who of the top players of the decade, featuring the core unit of Sly Dunbar, Robbie Shakespeare, Ranchie McLean and Rad Bryan. Augmented by a revolving cast of the top hornsmen, keyboard/organ players and percussionists, The Revolutionaries not only backed the in-house production output of their "home base" studio of Channel 1, but countless other productions done by producers renting the studio. The 1976 first volume released in Jamaica was an instrumental affair, with the iconic Che Guevara image by Ras Daniel Heartman on the cover complimenting the militant sounds contained on the album. For this 1979 follow-up originally released in the UK, Che again adorns the album, with the tracks being a mixture of classic instrumentals recorded at various points in the few preceding years, and then previously unreleased dubs to some of the studio's hardest original rhythms, such as Alton Ellis' "Tell Me" and the Enforcer's "Ride on Marcus." Previous to this album, some of these tracks had been coveted dubplates on the sound system scene of the day. Reissued for the first time ever, this is a fantastic touchstone for fans of '70s roots reggae, and with a terrific selection of tunes that should satisfy the hardcore roots fans, serious dub heads and across-the-board reggae fans just the same. 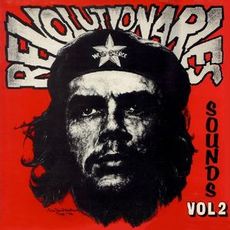