Eva Cassidy's performance at the Blues Alley jazz club has become musical history & 20 years on you can experience for the first time every song recorded on the night of the 3rd January 1996.

Cassidy’s ultimate tour-de-force - 31 songs recorded in one night, Encompassing the full spectrum of Eva’s gospel, blues, jazz and folk roots - 'Nightbird' showcases the breadth and depth of one of the world’s finest singers. The recordings have been remixed and remastered from the original tapes resulting in the most sonically engaging Eva Cassidy release to date. Of the 31 songs, 12 are previously unreleased including the title track Nightbird as well as the jazz standards It Don’t Mean A Thing (If It Ain’t Got That Swing) and Fever. Of the 12 unreleased tracks, 8 are previously unheard songs. 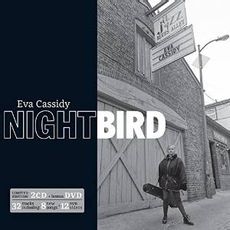