The Triffids, formed in their hometown of Perth in Western Australia, were David McComb (lead vocals, guitar, keyboards), Rob McComb (violin, guitar), Alsy McDonald (drums, vocals), Martyn Casey (bass) and Jill Birt (keyboards, vocals). The Triffids, along with Nick Cave and The Go Betweens, seemingly conspired to change people’s attitude towards Antipodean rock in the mid- Eighties, never before taken even remotely seriously. I984 was the pivotal year when The Go Betweens released ‘Spring Hill Fair’, Cave debuted with ‘From Her To Eternity’ and, in late August, The Triffids arrived in the UK with two albums in tow, ‘Treeless Plain’ and the mini album ‘Raining Pleasure’. 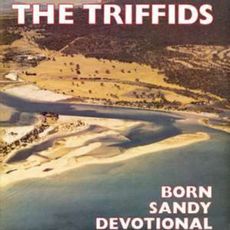