20th anniversary reissue of the oxford band's 1995 debut - featuring the original album (remastered), highlights from live shows at bath moles in '94 and at la route du rock festival in '95 and a disc full of demos, b-sides, out-takes and curios.

featuring the fan favourite ‘Caught By The Fuzz’, their breakthrough singles ‘Lenny’ and ‘Man Size Rooster’, and the huge hit ‘Alright’. 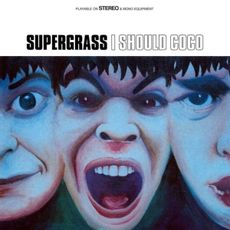