girl at the end of the world


a striking return to form - euphoric in the way it builds and ebbs, rising to soaring epic leftfield pop nuggets while never succumbing to the clichés they skirt close to.

it’s clear that they’ve put the stillness and the idiosyncrasies  of ‘laid’ behind them, but in their place they’ve introduced a more progressive, more contemporary sound that’s probably in no small part indebted to their producer and mentor max dingel, who gave the killers their edge. these are just new tools for tim booth and co to play with, and on the evidence of the infectious, driven pop on show here, they’re already masters of their new sound. “a characteristically  warm and good natured record, but it’s also striking how adventurous and relevant they sound” – 4/5 q magazine 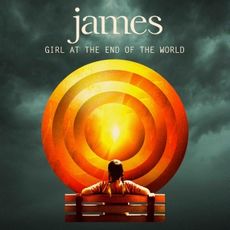