anthemic and uplifting, hook heavy and hard rocking 13th album from the former Hüsker Dü man - pairing rabble-rousing guitars with lyrics often at contrast with the uplifting music on offer.

The first side of the album is generally simple and catchy with the second side being a lot heavier in both spirit and tone. At the core of these songs are what mould himself calls a "chemical chorus - you hear it once and your brain starts tingling. The heart rate picks up." and he's spot on - this is a fantastic collection of songs from a man whose career has consistently seen him produced better and better music. fans of foo fighters will definitely enjoy this - dave grohl is a fan himself! "In this latest chapter of his career, Mould has turned his music into a personal reflecting pool, a watery blank canvas into which he expertly casts the stones of his regrets and longings." - consequence of sound 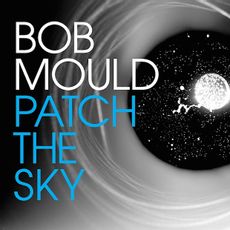