the 4th album from the Norwegian producer is an stunning “ambient" album, drawing inspiration from the likes of steve hillage, terry riley & steve reich & the late 90's ambience of the orb & black dog, to take us on a minimal journey into deep space.

he then self-remixed the album, in its entirety, fuelled by coffee & inspired from all the unused bits, alternative versions & outtakes he had. the result is a set of tracks loosely inspired by the “braindance" of the 90s & its themes & components reworked into slightly more “danceable" counterparts. prins says that How you listen to this album is entirely up to you he'd recommend "finding centre position in front of your speakers, a comfortable couch or chair & dedicate yourself to the music for a long hour". "The nine tracks expand to nearly 100 minutes of music, soundtracking a voyage into the deepest spaces of the mind" - npr. 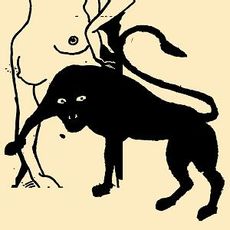