the ever evolving canadian band have delivered another thrilling set of dark, brooding & superbly executed post-punk.

formerly know as viet cong, the band were formed from the remnants of women, a band who we also adored. the whole album is very bauhaus-esque; all goth vibes & melodic wall of noise atmospherics, full of hypnotic percussion that lays the foundation for a bevy of shadowy & cathartic tracks. theirs is such a distinctive sound however, that each song heard individually can be instantly identified as theirs. featuring more synth-led pieces than their previous guitar-heavy record, this combination of styles suits the newly named band perfectly. think 'pornography'-era cure meets gang of four. "'Preoccupations'' greatest asset is in its breadth of ability; spontaneous, yet considered; off-kilter, but instinctive; eccentric, although well composed" 4/5 - the line of best fit 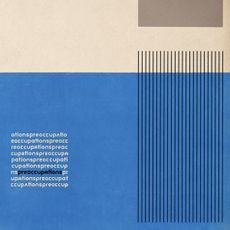