this mini album was originally released as a limited edition Japan-only cd and again (in slightly different form) in 2000 on four track vinyl in the US and UK.

The tracks on the Japanese Rebel Beat Factory label were taken from ‘The Moon & Antarctica’ demos that the band sent to Epic Records. These four tracks ended upon 2001’s ‘Everywhere And His Nasty Parlour Tricks’ EP. All of the songs on this edition of ‘Night On The Sun’ are different from the versions on ‘The Moon & Antarctica’ and ‘Everywhere And His Nasty Parlour Tricks’. The versions on this release are generally longer. 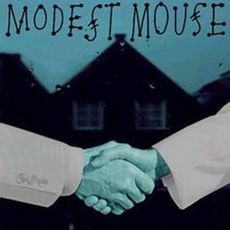