the spectacular reggae-fied version of radiohead's 'ok computer' by easy star all stars in one of the most inventive cover albums ever made - and this reissue adds another radiohead track and gives it the dubby treatment.

The original release featured the band's biggest hit to date, "Karma Police" (feat. Citizen Cope), as well as guest appearances by Toots & The Maytals, Sugar Minott, Frankie Paul, Horace Andy, The Meditations, and more with this edition featuring a brand new version of the hit 'High And Dry' featuring vocals by Morgan Heritage. 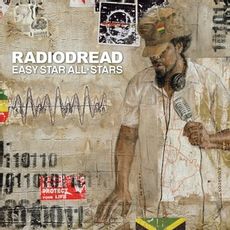