ten new solo piano pieces, each relating to a specific location on the island of Ushant off the coast of Brittany (‘Eusa’ in Breton), where Tiersen lives.

Ten tracks - Ten locations - Ten field recordings - One piano. Between each piece we hear the sounds of the island & Tiersen’s improvisations that are all titled ‘Hent’. 'Hent' translates from Breton to English as 'Path' – Tiersen is leading us across the landscape to the new location. the erudite gaelic musician has delivered album after album of magical compositions but  'Eusa' is the album many fans have been waiting for as it sees Yann return to the piano & the music the world fell in love with on the soundtrack to Jean-Pierre Jeunot’s 2001 movie 'Amélie'. 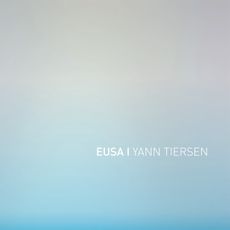