The set features several of Stevie Nicks most popular hits including ‘edge of seventeen’, ‘stop draggin my heart around’ (with tom petty), and ‘leather and lace’ (With Don Henley).

It includes a second disc of rare and unreleased tracks including an early take on ‘edge of seventeen’, an alternate version of ‘leather and lace’, ‘blue lamp’ (from the heavy metal soundtrack) and ‘sleeping angel’ (from the fast times at ridgemont High Soundtrack). The third disc features a live concert from 1982 with songs from ‘Bella Donna’ and several Fleetwood Mac favourites. Also included are liner notes by Craig McLean, with commentary from both Nicks and album producer Jimmy Iovine. 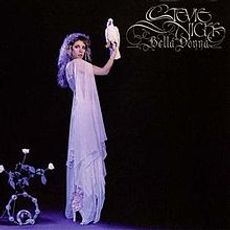