Finally getting the wider release it deserves, this reissue of Cavern Of Anti-Matter’s much sought-after 1st album was originally issued as a vinyl-only edition of only 500 copies.

The recordings here actually represent the genesis of the whole Cavern Of Anti-Matter project: commissioned by artist Nicolas Moulin to come up with a double album of original material, Tim Gane (formerly of the much loved Stereolab) hunkered down in his home studio for 3 weeks with a collection of old sequencers, drum machines & analogue synths. With the assistance of Joe Dilworth & Holger Zapf he produced the 16 tracks that comprise ‘blood drums’. The initial pressing sold out instantly & offers followed to play live & make more records. As a result of this positive response, Cavern Of Anti-Matter have gradually evolved from 1-off experiment to full-time band, who have gone on to produce #16 on our favourite albums of 2016! 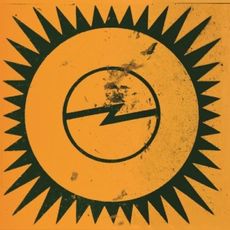