Composed by Pino Donaggio ('Carrie', 'Don’t Look Now', 'Tourist Trap'), Waxwork’s new, deluxe vinyl release of 'THE HOWLING' has been expanded, re-mastered for vinyl, pressed to 180 gram coloured vinyl, and features full package artwork by Francesco Francavilla. Directed by Joe Dante (Gremlins, The Burbs), 'THE HOWLING' follows a newswoman sent to a remote mountain resort after a string of fatal incidents with a serial killer, unaware that the resort inhabitants are werewolves. 'THE HOWLING' is regarded as one of the greatest werewolf films of all time, and since it’s 1981 release, has accumulated a cult following. The success of 'THE HOWLING' aided in propelling director Joe Dante’s career, and prompted Warner Bros, to hire him to direct 'GREMLINS'. 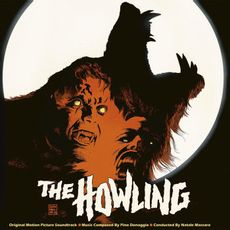