Full of listless wanderlust, this is a collection inspired by & devoted to the metropolitan experience across America & beyond, by a songwriter cast from his own mould.

His 4th album works as a counterpart to 2016's 'Singing Saw', an autobiographical set that reflected the solitude & landscape in which it was recorded. Now follows 'City Music', the yang to its yin - a collection crafted using the other side of its creator’s brain. It finds Morby exploring similar themes of solitude, but this time framed by a window of an uptown apartment that looks down upon an international urban landscape. A fever dream of a record that any fan of Woods, Steve Gunn, Kurt Vile or Conor Oberst should wander about in. "evokes the Velvets, Dylan & Patti Smith, simultaneously celebrating & mourning the Big Apple’s changes” 9/10 - uncut, “shimmers with a lazy cool” 8/10 - Loud & Quiet. 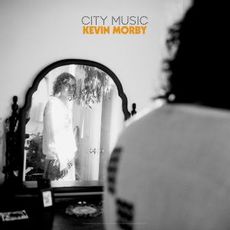