A true dub classic from 1980 – backwards tapes drenched in interplanetary sound effects, ghostly voices from beyond the stars and ringing percussion – one of the most out-there attempts to push the limits of dub reggae beyond the final frontier ever recorded.

 Featuring members of the Roots Radics, Misty In Roots and Prince Far I’s Arabs.  Originally the sole release on pre-On-U Sound label 4D Rhythms, a young Adrian Sherwood remixed and re-recorded a tape of older reggae rhythms, overdubbing a ton of new percussion and FX, flipping the tape over, and generally abusing the reel-to-reel in any way possible.  The result is something utterly deranged and unique in the already pretty out-there annals of dub. It was also rumoured to be the planned soundtrack of a Don Letts-directed film about “alien dreads from beyond the stars”.  With the vinyl now commanding high prices on the second-hand market (having not been pressed since 1982), On-U Sound is proud to present this extra special Record Store Day 2017 reissue, pressed on limited edition gold vinyl, with a foldout poster insert telling the fascinating story of this classic album in full, alongside rare photos.  Includes download card.  Limited to 500 copies for the UK and Eire. 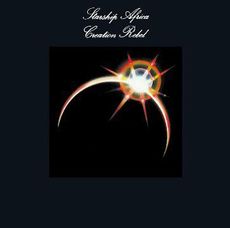