Kung-fu kenny strikes again - if ‘To Pimp A Butterfly’ was him taking the crown, this is the Compton native sitting on his throne, looking down at the rubble that was his competition.

Taking swipes at the media, his naysayers and society as a whole, the self-proclaimed GOAT gives us his most aggressive takedown yet. following up one of the biggest albums of this century was going to be tough but Kendrick has pushed out an even more ambitious, riotous and downright brilliant magnum opus. having roped in the talents of rihanna, zacari and u2 (yes, really) he’s expounded on his raw, political style to create a devastatingly powerful new record.

Buddy recommends: “This man can seemingly do no wrong, yet another album where Kendrick  changes his sound this time to a more sparse production,  but is able to keep it interesting and immediate”

Kurtis recommends: "kung-fu kenny still somehow keeps up the consistency. Will he ever lose his crown?"

“’DAMN’. is a widescreen masterpiece of rap, full of expensive beats, furious rhymes, and peerless storytelling about Kendrick’s destiny in America.” – 9.2, pitchfork 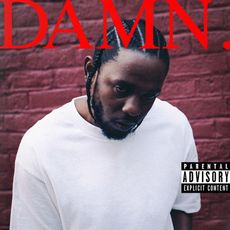