Something To Tell You


Following their much-loved debut seems a tall order, but haim find a way to not disappoint by simply giving the people more of what they still want, on their not-that-hard-when-you-think-about it second LP.

pitchfork praised the album’s lead single by gushing that “Haim are pulling the rug out from under our feet in the run-up to releasing their second album.” Get ready to have your summer listening totally owned by them all over again. “having way more fun than most of their peers, and in a way that is effortlessly unpretentious while everyone around them is floundering to be cool“ 4/5 – the skinny, “HAIM return to storm the summer” - nme, “We are now officially on HAIM Time” – noisey 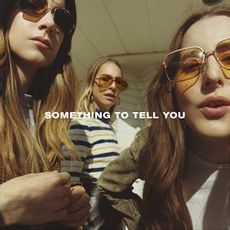