Churning, dissident and prone to cathartic eruptions, these shop heroes truly surpass themselves on this post-punk masterpiece.

Anchored by a new angular dexterity, these songs brood with a sense of malignant economy. They don’t so much draw you in as lustily sink in their talons, Joe Casey muttering, crooning and spitting his way through discontent, sadness and ennui. And if that all sounds like heavy going, know that this is also a dangerously addictive album, its hard-earned melodicism dressed up in tight grooves that both rumble and jerk. Occasionally a vision of Mark E.Smith sparring with Ought comes to mind, only for Protomartyr to reassert their singularity with an abrupt stop, or tender glimpse of melancholy. This is the stuff of great bands rather than just good ones, their lean salvos too smart to ever fully explode but too urgent to take your ears off. 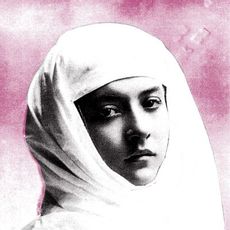