this exceptional score uses its percussive xylophones and marimbas to create innocent noise - a reflection of the lead characters - in tarantino’s violently dark comedy.

the German film score composer and record producer has composed over 150 film scores in his vast career, some of which include Crimson Tide, The Dark Knight Trilogy, Gladiator, The Lion King, The Pirates of the Caribbean series, and True Romance. This carefully mastered score transports us back to the innocence and the intensity of the film, which fans had previously only been able to experience by watching the film in the theater or in their homes. 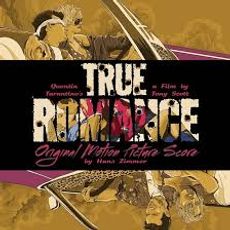