the French-electronic maestro returns with a richly sculpted array of cerebral sonic architectures and some very special friends.

returns with his fourth album, ‘Mirapolis’, a synaesthetic journey with features from Bryce Dessner (The National), Baxter Dury, John Stanier (Battles) and Saul Williams. Stepping into Rone’s music is like sleepwalking through a vividly colourful dream, eventually stumbling across a strange, scintillating Megapolis of saturated light and colours. Its 12 tracks pulsate as though animated by their musical mastermind. We find American slam-poet Saul Williams contributing a searing anti-Trump screed; Baxter Dury, who brings an irresistible East London touch to ‘Switches’, a kind of fan fic that reimagines the Beatles’ Sergeant Pepper lounging pensive in a club chair. Rone remains a producer of grand instrumental pieces, which cannot be easily categorised in the architectural canon of our electronic music galaxy. 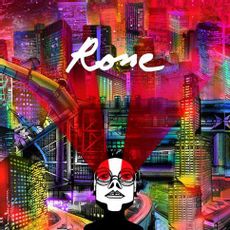