this soundtrack heightens the film’s tense, yet surreal, premise with orchestral renditions of Beethoven, Stravinsky and Shostakovich alongside Nick Cave & The Bad Seeds with Kylie Minogue on and Sophia Loren with Tonis Maroudas.

The film is a dystopian comedy-drama starring Colin Farrell, Rachel Weisz and Olivia Colman. ‘The Lobster’ tackles humanity’s struggle with love and the fear of loneliness and societal issues. In this world, people are Forced by the government to find a partner in forty-five days under their watchful eye and extreme training program or else be turned into an animal to survive in the woods. Fans of this film may also enjoy soundtracks for ‘ex machina’ and ‘arrival’. 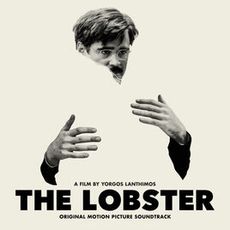