“Marrow Hymns” is a wordless song, a hypnotic voice that screams and whispers from a place deep in the furrows, from the bones, from the blood. Defying easy categorization, INSECT ARK’s uncommon sound is in part the amalgamation of these two women’s passions: Schechter’s sinister bass lines and unconventional use of lap steel guitar (and her complete omission of electric guitar), and Spungin’s lucid, exacting drumming and synth work with her own hand-built analog noise pedals (Ormus Electronics). Formed in 2011 by Schechter as a solo project, from its inception INSECT ARK has been about creating work that transports, both physically and psychologically. Spungin joined in 2015 for touring support of “Portal/Well”, and over the next year, INSECT ARK became something much greater than the sum of its parts. Both women have roots firmly in making work with no borders – they are DIY makers, multiinstrumentalists, gearheads, and visual artists. Spungin studies live sound, studio recording, programming and analog electronics; Schechter composes music for film and is a video maker/animator for film/TV. A full-length video counterpart for live shows is to come shortly, integrating sound and visuals to build immersive sonic landscapes that echo in the empty spaces where the earth divides, offering the listener - and the band themselves - utter sensory submersion. 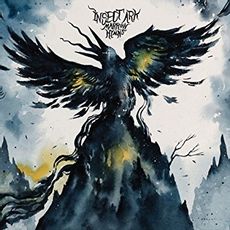