the difficult second album is in reality a chance for this uber-talented band to bring together their sprawling influences into a coherent whole, with krautrock, 60’s psychedelia and cinematic soundscapes dancing together in sync.

they nimbly take pop hooks and stretch them out into hypnotic and elongated jams that push on into proper cosmic realms. deep atmospheres and hooky accessibility are espoused together on this addictive album, which is RIYL their variuous tourmates - Ulrika Spacek, Morgan Delt, Homeshake and Girl Ray. “an excursion through sonic wilderness leading into a full-on space-rock sprint…shows off how the band have developed as a songwriting unit in their years of touring and writing together, being their biggest and most accomplished work to date” – the 405 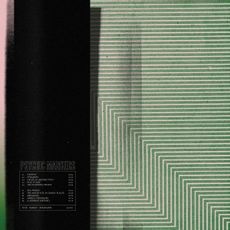