the new album expands on the pared back musical palette of Varley’s previous sound, all the while retaining his gift for painterly, affirming and immediate lyric writing.

the songs are Aided by McVey’s nuanced, widescreen production and the warm cascading sound of his new band, which flesh out the songs elegantly. Counting the likes of Billy Bragg, Valerie June and Frank Turner as his fans, the young songwriter from Deal arrives at a new place on this album. riyl johnny Flynn, frank turner, and beans on toast. “On ‘Spirit of Minnie’, with the extra dimensions afforded by the fuller instrumentation, this may well be Will Varley's strongest album to date” - fruk 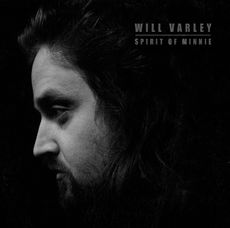