what a return this is – the urban late night jazzy hip hop fusion of yussef kamaal  won over even the most jazz-phobic ears in the shop every time we played it, and we’re incredibly glad to report that williams’ follow up is every bit a groove laden stunner as ‘black focus’ was.

he’s planted his feet in the ground that ‘black focus’ created, but leant into the jazz that provided the backbone to the album with more license than yussef kamaal allowed itself with an almost herbie hancock or even dilla approach to rhythm and pace. It’s resulted in a freer and more expansive album that sounds enormously accomplished and unbelievably well executed.  We’ve not been short of spectacular jazz albums from the capital over the recent few years (think ruby Rushton, binker & moses, sons of kemet and everything shabaka hutchings related) - ‘the return’ is easily up there with the best of them. “’The Return’ keeps its eyes and ears focused on the flickers of the city's rarely shining sun in the groove-laden horizon” - npr 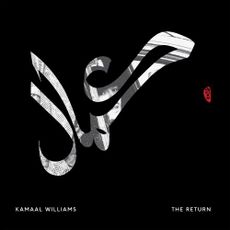