This collection is an epic from the cutting room floor - A nearly hour-long foray into the blurry hours of night from the man who helped bring David lynch’s dreams to realisation.

Johnny jewel’s music is scattered through ‘twin peaks – the return’, most iconically perhaps with “windswept” that became the bona fide theme song of Kyle MacLachlan’s Lodge-dazed Dougie Jones - a siren song of melancholic saxophone calling out to him from the beyond. It features here alongside an imagined version of what ‘the return’ would be, created before the show finally aired. “The surprise release collects unheard material originally meant for “Twin Peaks: The Return”… it might be Jewel’s strongest soundtrack work yet” – pitchfork, “it’s unique, it’s very cool and it’s unsettling” 4/5 - soundblab 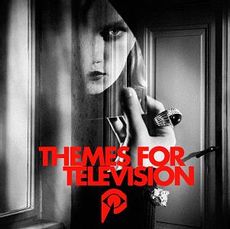