this is the cd counterpart to the popular record store day 2018 release, which saw them perform ‘the boxer’ in its entirety on November 9th, 2017.

Released in 2007, ‘Boxer’ received widespread critical acclaim and landed the band in the Billboard Top 200 for the first time in their career. The album went on to sell over 430,000 copies in the US alone. The track ‘Fake Empire’ was used widely by Barack Obama throughout his presidential campaign the following year. 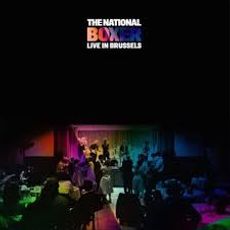