the young brothers’ follow-up channels their colourful brand of retro glam rock into an amusing and compelling concept album that’s sure to brighten up your day.

emering in 2016 with their debut LP, 'Do Hollywood', they were praised by Rolling Stone for “toting hooky songs that stand out for their intricate arrangements and delectable melodies” and NPR Music, who mused: “like listening to music from a time that never was…a baroque rock romp.” Their second album is their most ambitious work yet; a conceptual musical, which tells a heart-breaking coming of age story of Shane, a pure of heart chimpanzee raised as a human boy as he comes to terms with the obstacles of life. The album features contributions from Jody Stephens (Big Star), Natalie Mering (Weyes Blood) and their father Ronnie D’Addario.  foxygen fans, come hither! "a blast, a joyous, ridiculous journey that treads a perfect line between silly, funny and heart-breaking" 8/10 - uncut 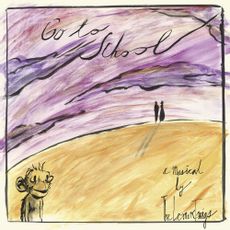