Here’s something special for every rem fan, with these in-session performances ranging between from 1991’s ‘Into the Night’, to Peel Sessions, Public Peel Sessions and through to the Radio 1 Live Lounge in 2008.

The live broadcasts begin with a rough-and-tumble show in 1984 at Nottingham’s Rock City, followed by the stunning 1995 return from a 6-year touring hiatus for the Monster Tour at The National Bowl at Milton Keynes, then a blistering headline performance at Glastonbury’s Pyramid Stage in 1999 and finally 2004’s intimate performance for 200 BBC invited guests at London’s St. James’s Church. R.E.M.’s history with the BBC is illustrated via a newly written overview of the BBC/R.E.M. relationship by rock journalist Tom Doyle. 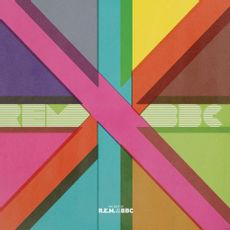