Peepshow was seen as both a critical and commercial success, Siouxsie Sioux’s voice trickling with fresh nuances, orchestration and perfected unpredictability.

The Banshees for the first time were now a quintet, Klein and McCarrick joining the ranks alongside Budgie and the ever present and impervious Severin. Peepshow proved their best album in years! Singles ‘Peek-a-Boo’, ‘The Killing Jar’ and ‘The Last Beat of my Heart’ have often been cited as influencing factors in the modern pop era. Remastered from the original ¼” tapes and cut at half speed at Abbey Road studios, London. Both artwork and audio have personally been overseen and orchestrated by Siouxsie Sioux and Steven Severin. 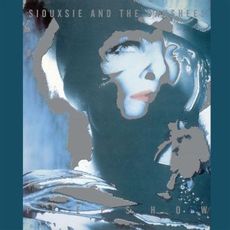