Eliza Shaddad’s highly-anticipated debut album ‘Future’ is released on the 26th of October on Beatnik Creative.

Co-produced and recorded in the same studio in remote Devon where she worked on her Run & Waters EPs with Mercury-nominated longtime collaborator Chris Bond, Eliza Shaddad’s highly anticipated debut long player Future was two years in the making and a deeply candid look into the unique songwriting mind of its creator. “It was slow and painful going,” says Eliza, “but we got there. It deals with escape, joy, sadness, guilt, nostalgia, and doubt.” It’s a deeply personal work, as singles ‘This Is My Cue’ and ‘My Body’ attest to. The first is a subtle and penetrating look at the ambivalence in our relationships after the passion cools off, where the latter deals with Eliza’s need for solitude despite the betrayals of her own body. Each song is based around a highly-fleshed out psychological idea, making Future a sonic journal that fishes into the vast pools of her past and present to reveal a songwriting voice that’s fundamentally human in its everyday relatability. Set on the bedrock of Eliza’s early folk and grunge influences, it revels in “flavours of trip-hop, West-Coast surf sounds, 80’s chorus, 90’s movie soundtracks, and all-out pop” while still managing to sound like a focused, devastatingly precise and cohesive body of work. Equally at home in dusty libraries perusing Scottish murder ballads and Arabic scales Eliza Shaddad’s singular artistry is the product of an incredibly diverse and borderless upbringing. Born to Sudanese and Scottish parents and raised across seven countries, she is the descendent of a long line of progressive artists and academics dating back to the 1800s. She holds an MPhil in Philosophy, speaks four languages and is a graduate in Jazz from the Guildhall School. Singling out a defining moment in her development as a songwriter, Eliza fondly remembers the summer she spent avoiding her masters, living in a camper van with three friends, journeying to the heart traditional British folk music around the country. She is a complex character, impossible to pigeon-hole as she constantly redefines herself. Future is a sound honed by a woman who has striven to reassert herself through multiple national identities, academic fields, and musical cultures. 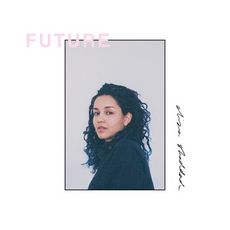