I trawl the megahertz (2018 remaster)


Originally released as a Paddy McAloon solo album in 2003, the totally original, spellbinding ‘I Trawl The Megahertz’ is now remastered and released February 1st on Sony Music.

It is available on CD and vinyl with new artwork and captivating liner notes written by Paddy McAloon. ‘I Trawl The Megahertz’ was conceived and recorded after Paddy was diagnosed with a medical condition that seriously affected his vision. Not surprisingly the album is a testament to the healing power of music. “In 1996 after recording Andromeda Heights, I started to work on a new batch of songs for an album I wanted to call ‘20th Century Magic’,” Paddy recalls. “After sidelining ‘20th Century Magic’ I started to consider another project. The title song of this new project, ‘Doomed Poets’, was a moody little number and a sort of forerunner to ‘Megahertz in terms of mood. “One spring morning in ’99 just for the hell of it, I entered a few random notes into the sequencer of my (even then) ancient Atari computer,” Paddy explains. “I recorded a couple of further layers without listening to what had gone before. By pure good luck, when I played them back they formed a few chords that filled me with a strange sort of nostalgia for something I couldn’t name or get close to. At some point a picture started to form. That’s how Megahertz started.” The album is comprised of nine compositions; the lengthy 22 minute title track, a series of shorter instrumental pieces and a couple of songs originally intended to accompany a short film. The track ‘I’m 49’ is one of Paddy’s favourites featuring sampled voices. “Musically I like to think of it as Van McCoy on a downer,” Paddy says. Though the record originally appeared as a solo album, it seems fitting to now classify it as a Prefab Sprout project. “I thought we could do anything”, Paddy says of those heady Prefab days. “And Megahertz is true to that spirit. The music here is of a piece with everything I’ve ever written. It’s from the heart.” 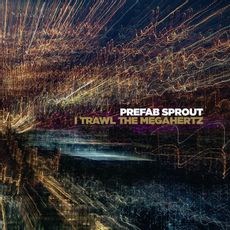