With the start-stop sound of Talking Heads, Gang of Four and Television, ‘Bad Blood,’ fuses 70s post-punk with the stomp of Parquet Courts’ positivity and resonates with the start of the weekend.

..Syd’s half-spoken words jab through Strokes guitar lines with Mark E Smith drawl...it’s the feeling of a Saturday spent scuffing about in thrift stores and hanging out with friends. Like a homage to smoke-filled vaults, aging billiard rooms and crumby packets of pork scratchings in the Working Men’s Clubs of days gone by, Todmorden-by-way of-Europe trio Syd, Jake and Giulia are about to fling open the doors of their own millennial social hub with the fresh post-punk of infectious debut single, ‘Bad Blood’ / ‘Suburban Heights.’ “We grew up in northern towns trying to get in to pubs in social clubs because that’s all we had. The name is an ode to that,” explains Working Men’s Club’s 17-year-old singer and guitarist, Sydney Minsky-Sargeant. “Our surroundings and their differences has influenced us a lot on these tracks.” Joined by guitarist-vocalist Giulia Bonometti, 23 and drummer Jake Bogacki, 18, the trio have always had a clear sense of their whereabouts; quite simply, they wouldn’t even exist without multi-nationalism. Meeting at college in Manchester, Syd and Jake are from Todmorden and Hebden Bridge, but their families hail from Poland whilst Giulia moved to the UK from Lake Garda, Italy. “The songs are based on the culture of walking round Manchester every day then going back to the countryside each night and how the contrast of going back into the hills made us sane,” Syd tells. Working Men’s Club are wise beyond their years as they seemingly offer words of wisdom, to be repeated like some kind of break-up mantra, until everything’s ok; “Be happy when the sun shines / Be happy when the sun rains / You know you should do the same.” If ‘Bad Blood’ is the day, ‘Suburban Heights' is the night. Recorded with Alex Greave at The Nave in Leeds, steady riffs from Syd’s fingers tap-dance on the strings alongside Jake’s skill in working a jagged snare. Meanwhile Giulia’s heavenly disco ‘ooohs’ recall Donna Summer feeling the love whilst cutting right to the contentious subject of gentrification. “Suburban Heights refers to how apparent it is that cities are expanding to hold more people and buildings are rising, they’re morphing into these dystopian party towns,” tells Syd. Already with shows supporting The Wedding Present and Brian Jonestown Massacre behind them, Syd says it’s only the beginning; “Those shows were great experiences and ones we’ll have for life. We love making music and we’re so grateful for what we’ve achieved so far; hopefully there’ll be plenty more to come.” 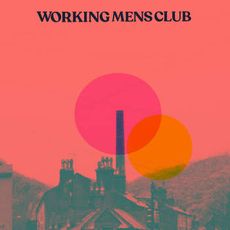